Lecture by Pierre Grouix on the occasion of the release of his book FERME DU BOIS CLAIR.
Celine, Denmark, 1948-1951 at the Editions du Bourg

Born in 1965, Pierre Grouix is a former student of the École normale supérieure and a graduate of letters. He has translated into French collections of poems by Michael Strunge, Morten Nielsen and Søren Ulrich Thomsen. He published a collection of poems on Denmark in 2010, as well as an essay on painter Vilhelm Hammershøi in 2013.

Evening organized in partnership with the Editions du Bourg, Montrouge, and the France-Denmark Association. 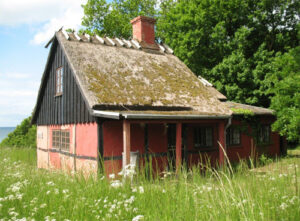