Before the House of Denmark

According to historians, links between Denmark and the Champs-Elysées date back to the Vikings. They were said to have established their camp on the location of the colonnade of the Louvre, that is to say on the future route connecting the Louvre to the Arc de Triomphe – via the current site of the House of Denmark.

Up until only four centuries ago, the area around the House of Denmark was considered one of the most insalubrious suburbs of Paris – the Marais des Gourdes. In 1670, Louis XIV asked architect Le Nôtre to design a road connecting the Jardins des Tuileries to the village of Neuilly, as part of a policy aimed at increasing prestige and private buildings. A century later, this road became the Champs-Elysées. Housed in the Marais up until this point, the aristocracy started to feel crowded and moved to large and comfortable residences in the western suburbs of Paris. Thus was born the prestigious district of the Champs Elysées.

During the 19th century, the site of the House of Denmark was occupied by the Jardin Beaujon, a theme park famous for its firework shows and hot-air balloon rides.

At the beginning of the 20th century, a four storey private mansion was built on the current site of the House of Denmark: the Hôtel Subiran consisted of a main house looking out onto the Champs-Elysées, a large interior court and two other buildings looking out onto rue Lord Byron.

The House of Denmark 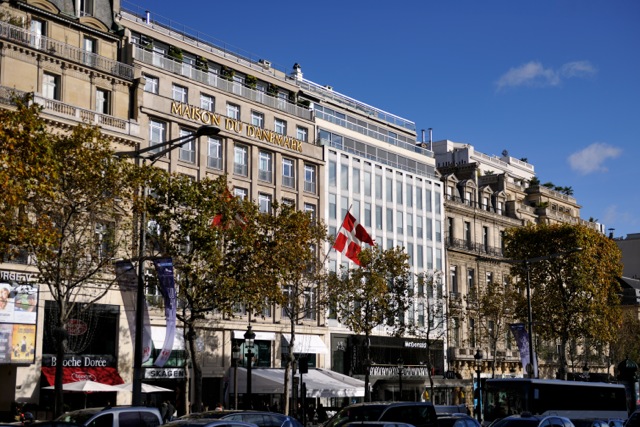 Birth of the project

The idea of creating a Danish house emerges on the occasion of the Brussels World’s Fair. Architect Tyge Hvass presents his Danish pavilions.

Acquisition of the land

The Danish state acquires the land, along with the Hôtel Subiran, for a total amount of DKK 1,455,800.

Beginning of the construction works

Demolition of the Hôtel Subiran at the behest of Danish Housing Minister Johannes Kjærbøl.

Construction of the current House of Denmark

Construction of the current House of Denmark by the Danish state in the aim of promoting Danish industry, agriculture and culture. The first brick is laid on 23 September 1952 by Danish Prime Minister Erik Eriksen, in the presence of Robert Schumann, French Foreign Secretary and Minister of the Tivoli…

The governance of the House of Denmark is transferred from the Prime Minister to the Ministry of Culture.

Renovation of the cultural space of the second floor.

The 40th anniversary of the House of Denmark is celebrated with an exhibition of tapestry designs by Bjørn Nørgaard given to Her Majesty Margrethe II. The exhibition is inaugurated by the minister of Foreign Affairs in the presence of HRH Prince Joachim on 24 April 1995.

End of the House of Denmark?

The plan to sell the House of Denmark causes a public outcry in France and Denmark and lead to a petition. The plan is abandoned.

The Ministry of Foreign Affairs proposes a renovation plan and a change of status for the House of Denmark. It is decided that the House will be financially independent and run according to economic and trade principles. The House undertakes the cost of its own renovation without receiving support from…

Inauguration of the House of Denmark in the presence of Her Majesty Margrethe II and HRH the Prince Consort of Denmark, Paris Mayor Bertrand Delanoë, and Education Minister Jack Lang, in February 2002.

In July 2004 the Presidency of the Board of the Danish House changed from Ambassador Peter Dyvig to Ambassador Hans Henrik Bruun.

The House of Denmark celebrates its 50th anniversary on the Champs-Elysées with a plethora of events.

Inauguration of the 7th floor

The top floor is fitted out with a reception room designed by Danish architect Dorte Mandrup. 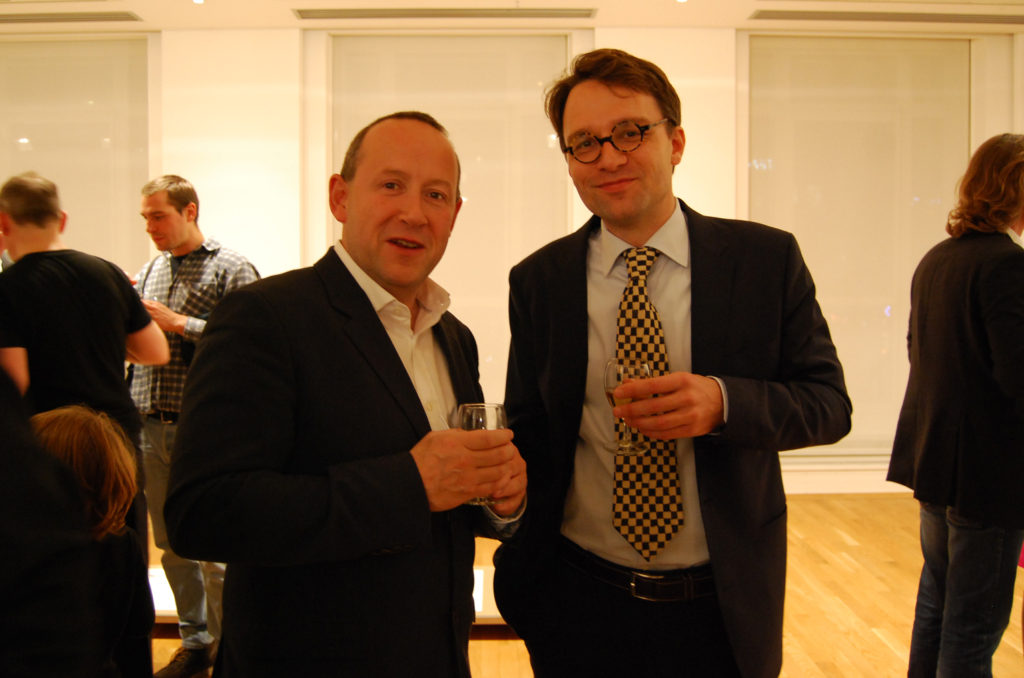 Marius Hansteen (right), new Cultural Advisor at the Embassy of Denmark and Director of the Danish Foundation

Michael Nellemann, CEO of The Obel Family Foundation, appointed new Chairman of the Board of Directors 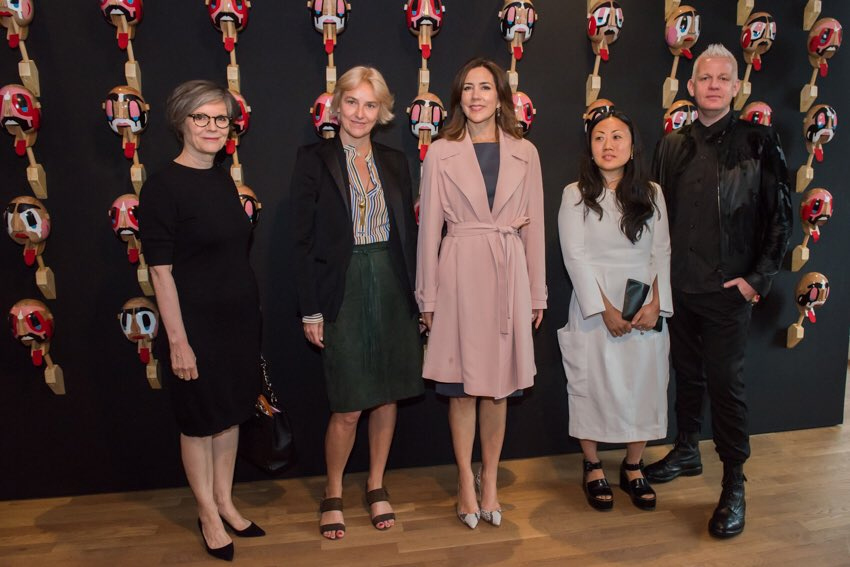 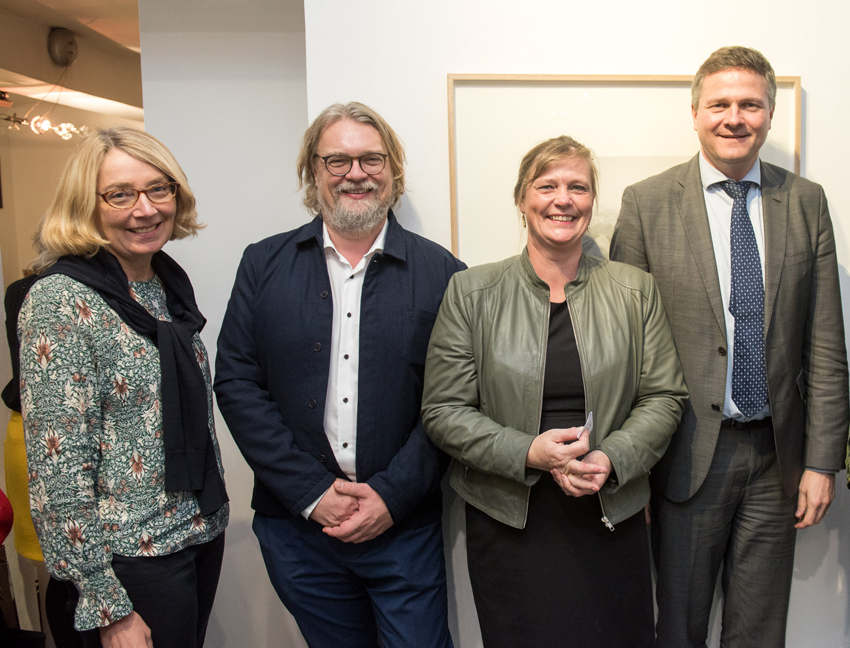 On October 8, 2018 Klaus Ib Jørgensen is appointed new Cultural Advisor at the Danish Embassy and Director of the Danish Foundation at the Cité Universitaire. Beginning of the mandate on January 1, 2019. (Photo J-M.Gardner : G.Delcourt, Klaus Ib Jørgensen, curator A. Krogh, Ambassador Starbæk Christensen, Nov. 5, 2019)…